As a video is worth a thousand words, here is a making-off of the last version of my logo!
Sorry about the watermark on top of the video captures…

Let’s get back to the explanations: I whished to make something that could be recognized as well large-framed as as a 20*20px² favicon, and that in one single symbol could depict Parkour, Writings, Research, and my Faith.

Other trials are given below:
– The first was a banner which didn’t fit well with the various screen formats;
– The second didn’t evoke a moving tracer well enough;
– The third shouldn’t evolve much, at least I hope so… 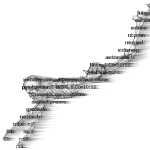 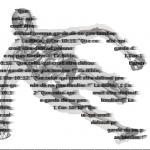 Un commentaire sur “About a logo”